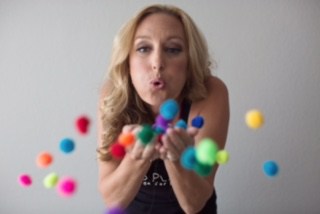 YoPlay Yoga For Kids® incorporates playful yoga poses, breathing exercises and relaxation techniques helping children learn to stretch and strengthen their bodies, be mindful, release stress, feel better about themselves and calm their emotions – all of which makes them healthier and happier. And let’s face it: Kids need to be healthy and happy in order to learn in school or on the field.  Through yoga, we can improve the health, well being and confidence of our children.

Jennifer’s inner playfulness and love of yoga is how she founded YoPlay Yoga for Kids®. It’s where YOga & PLAY come together. It all started while attending St. Francis Xavier University in Nova Scotia, Canada. It was during her Junior year in 1996 when she took her first yoga class at a local community center. She immediately fell in love with the practice.

Upon graduating, she traveled the world practicing yoga. One of her stops was in Tsuyama, Japan where she taught English as a Second Language. She began using yoga with her students to help connect with the children and adults when there were language barriers. Observing how the practice benefited her students, she was inspired to make a career of sharing the gifts of yoga and mindfulness with children, educators and families.

She went on to study yoga and get her first certification at Shree Sant Seva Ashram in Rishikesh, India. After returning to the US she also received a certification from Joyful Yoga in Florida. After playing yoga with her twin daughters and witnessing first hand the health benefits as well as the physical and developmental benefits yoga was having on her own children she then became a certified children yoga instructor first through Radiant Child Yoga in 2010, followed by Kidding Around Yoga and then ChildLight Yoga as well as a trainer for Yoga 4 Classrooms.

Over the years she continues to educate herself with other course, conferences and online training to round out her teaching. From 2010-2014 Jennifer has been teaching YoPlay® in preschools, daycares, soup kitchens, shelters, public schools, yoga studios and to private families in the Fort Myers, FL area.

In 2014 her family was relocated to Dallas, TX and has been teaching her program to public and private schools ever since. Her program continues to thrive and grow in both locations reaching several hundred children yearly. Now also implementing a new section of her program called YoPlay Yoga for Athletes® where she works with young athletes and their athletic teams helping to prevent sports injuries and training their minds through Mindfulness, Visualization and Positive affirmations (MVP). In addition to teaching she also facilitates trainings through Yoga 4 Classrooms as well as other yoga and mindfulness workshops throughout the US and Canada.

Jenifer is passionate about improving the lives of children through yoga and mindfulness and she loves creating new fun ways to attain that goal. Her students love her sense of silliness and ability to meet them at their level in a respectful yet playful way.